I've written before about floating hospital ships, Shell's ginormous LNG processing ship, floatable power plants, and other flexible infrastructure (including lots of containerized stuff) and even a jail. Here's some new additions to the list! First, NEAPO's float-in three-storey apartment block built at Turku Shipyard and transferred in one go by water to the island of Hirvensalo, Finland... To build the Snøhvit LNG processing facility in the remote northern Barents Sea, Norway's Statoil commissioned the liquefaction plant from a Spanish engineering firm and floated it via heavy-lift to the Melkøya Island off Hammerfest... 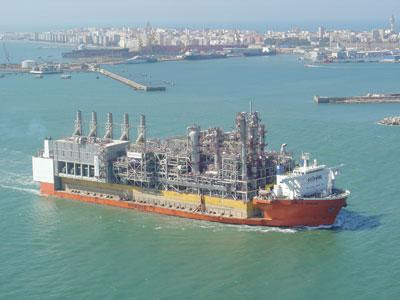 Perhaps the most (in)famous example of this is American billionaire Daniel Ludwig's Project Jari, shifting a Japanese-made paper pulp mill around the world and up the Amazon to a Brazilian wood plantation! Here'a a more recent example on a personal scale in this BBC Horizons show on Innovations on water featuring Dutch architect Marlies Rohmer and her waterfront development. Each of the dozens of apartments "floats" are made in a shipyard. 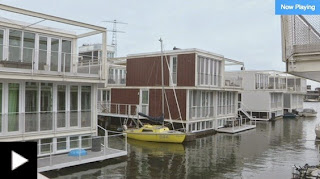