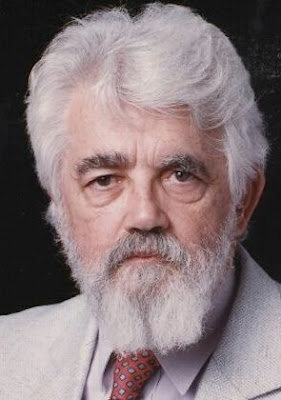 and founder of the Stanford AI Lab (SAIL) has deanimated at 84. This is a major loss. While his formal professional achievements are epic, it turns out I know him most through his Sustainability of Human Progress writings, an enormous influence on me and one of the prime root sources of my blog name, Maximizing Progress. Among the highlights of his thinking...

"Humanity has progressed over hundreds of thousands of years, but until about the seventeenth century, progress was a rare event. There were novelties, but a person would not expect a whole sequence of improvements in his lifetime. Since then scientific progress has been continual, and in the advanced parts of the world, there has also been continued technological progress. Therefore, people no longer expect the world to remain the same as it is. [Very likely, the greatest rate of progress for the average person occurred around the end of the 19th century when safe water supplies, telephones, automobiles, electric lighting, and home refrigeration came in short order.] This page and its satellites will contain references to articles, my own and by others, explaining how humanity is likely to advance in the near future. In particular, we argue that the whole world can reach and maintain American standards of living with a population of even 15 billion. We also argue that maintaining material progress is the highest priority and the best way to ensure that population eventually stabilizes at a sustainable level with a standard of living above the present American level and continues to improve thereafter."

Big ideas and bold thinking, both highly needed in these trying times.
Posted by Joost Bonsen at 19:51