When Is Enough? ~ Reflections on Eldercare...

RNW has an important piece by Eric Beauchemin on Treating elderly patients: when is enough enough?

"A 72-year-old woman has sparked off a debate in Dutch society about how far doctors should go in treating elderly patients. In an article in one of the major Dutch dailies, she wrote that more and more 85 and 90-year-old friends, family members and neighbours are not being allowed to die of disease or illness. Marie Louise Cuijpers gave five examples she knew of, including a 90-year-old woman who suffered a stroke. Everyone was convinced that she would die, but she was hospitalised and treated. The woman recovered but was no longer able to speak, walk or eat on her own and was sent to a nursing home, where she remained for three years. She came down with pneumonia and was treated for that too. Finally she passed away. The cost of medical care in the Netherlands is rising sharply. It costs three times more, for instance, to treat people over the age of 65. So when is enough enough?" 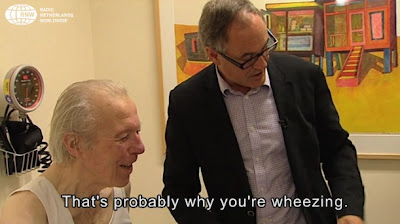