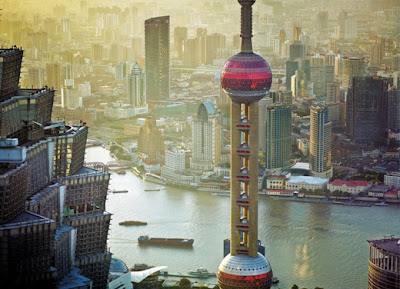 Shanghai Gets Supersized writes David Devoss in the Smithsonian together with Lauren Hilgers and with photos by Justin Guariglia!

"Shanghai has grown like no other city on the planet. Home to 13.3 million residents in 1990, the city now has some 23 million residents (to New York City’s 8.1 million), with half a million newcomers each year. To handle the influx, developers are planning to build, among other developments, seven satellite cities on the fringes of Shanghai’s 2,400 square miles. Shanghai opened its first subway line in 1995; today it has 11; by 2025, there will be 22. In 2004, the city also opened the world’s first commercial high-speed magnetic levitation train line. With more than 200 skyscrapers, Shanghai is a metroplex of terraced apartments separated by wide, tree-lined boulevards on which traffic zooms past in a cinematic blur. [...] With the Chinese well into their transition to what they call a "socialist market economy," it seems that they look upon the city not as an outlier, but as an example. "Every other city is copying Shanghai" [...] “Living in Shanghai is like being in a speeding car, unable to focus on all the images streaming past. All you can do is sit back and feel the wind in your face." 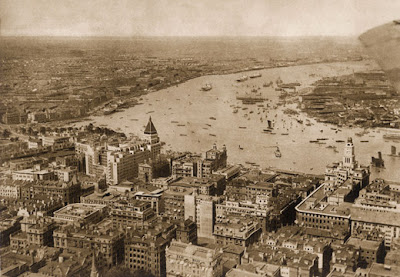