Duncan Mansfield of the AP reports that Leaner nations bike, walk, use mass transit. Seems obvious, but sometimes the obvious needs to be carefully studied to be taken seriously. In this case, David Bassett of the University of Tennessee and John Pucher of Rutgers University (and colleagues) write in the Journal of Physical Activity and Health that...

"Countries with the highest levels of active transportation generally had the lowest obesity rates. Americans, with the highest rate of obesity, were the least likely to walk, cycle or take mass transit, according to the study in a recent issue of the Journal of Physical Activity and Health. The study relied on each country's own travel and health data. Only 12 percent use active transportation in the United States -- 9 percent walk, 1 percent ride a bike and 2 percent take a bus or train -- while a quarter to a third are obese, the study said. By comparison, 67 percent of commuters in Latvia, 62 percent in Sweden and 52 percent in the Netherlands either walk, bike or use mass transit. Latvia's obesity rate is 14 percent, the Netherlands' is 11 percent and Sweden's is 9 percent." 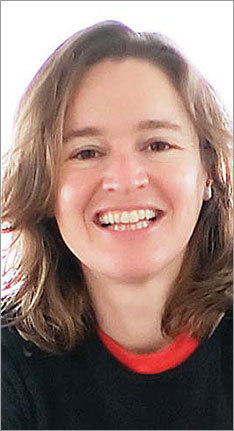 Here in Boston-metro, the cycling situation is on the upswing with MIT alumna Nicole Freedman, Boston's bike Czarina, becoming a candidate for the Bostonian of the Year. Nicole's...

"The Spokes Woman ~ Combining a tireless passion for cycling with an expertise in urban planning, Nicole Freedman is turning Boston into a bike-friendly city."