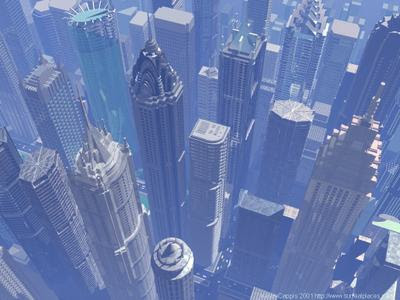 Thanks to Daily Galaxy for asking What Will Happen to Biodiversity When the World Becomes A Giant City? and spotting a Nature Conservancy report asking Can Cities and Biodiversity Coexist? The trends are dramatic:

"Humans officially became an urban species in 2007, according to the United Nations -- with at least 50 percent of the world’s population currently living in cities. By 2030, that number will jump to 60 percent, with nearly 2 billion new city residents, many migrating from rural areas. Humans are building the equivalent of a city the size of Vancouver every week. But what does this staggering urban growth mean for nature and people? A lot -- including species loss and declining natural resources such as fresh water -- according to a new study co-authored by Conservancy scientists Robert McDonald and Peter Kareiva."

The need is urgent and the challenge ours to figure out how to boost energy efficiencies, increasing per-capita quality of life for All -- i.e. for everyone, everywhere -- while lowering our per-capita -- and cumulative total -- ecological footprint, and to properly value the rich vitality of our natural inheritance on Planet Earth.