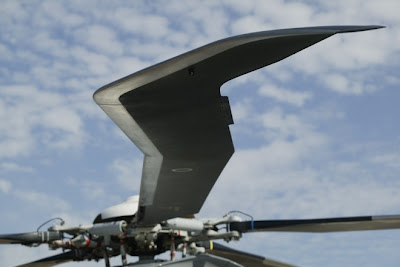 Thanks to WIRED's Jason Paur for his piece, Eurocopter Moves One Step Closer to 'Whisper Mode' spotlighting their Blue Edge and Blue Pulse technologies which dramatically cut helicopter blade noise...

"Normally, the entire length of the rotor blade interacts with the vortex of the preceding blade. With the Blue Edge rotors, the double-swept tips of the rotor blade reduce the length of the blade-vortex interaction, and it does it at the tip where the blades are moving the fastest relative to the air. The result is a decrease in the sound produced due of the wake interaction at the tip. Both the new rotor blade and trailing edge flaps are part of what Eurocopter is calling its "Bluecopter" technology. The company says the goal is to create more environmentally friendly helicopters from both a noise and emissions standpoint."

This is a crucial urban innovation making such flight vehicles much more acceptable over cities -- something we're already seeing in Brazil as Eduardo Martino of Documentography shows in this Guardian photo series -- just check out the number of rooftop helipads in São Paulo... 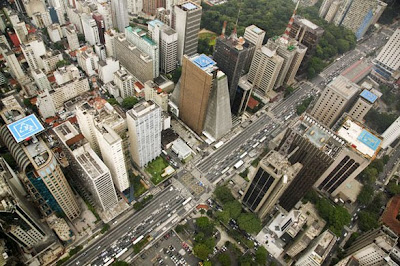 P.S. Also check out this photocollection of Rooftop Helipads!
Posted by Joost Bonsen at 13:08