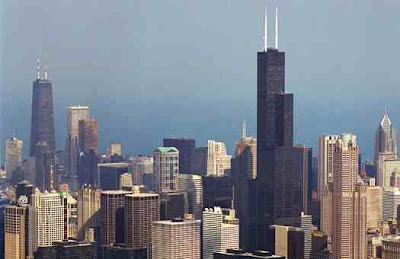 Just heard that Bruce Graham, the Colombian-born Peruvian-Canadian architect at Skidmore, Owings & Merrill in Chicago -- who designed both the 100-story Hancock Center and 110-story Sears Tower -- passed away at age 84 earlier this month ravaged by Alzheimer's. Some interesting nuggets from William Grimes obituary in the NYTimes...

"His signature buildings, bold and muscular interpretations of the Miesian 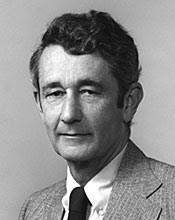 glass box, gave Chicago’s downtown the strong, Barrymore-like profile with which it faces the world. Buildings, he said in a 1997 interview for an oral history project at the Art Institute of Chicago, should be “clear, free of fashion and simple statements of the truth." [...] "He redefined how an architectural studio operates," Mr. Rosa of the Art Institute said. "He allowed architects and engineers to have an equal voice, and this led to innovations." With Fazlur Khan, Skidmore’s chief structural engineer, he came up with ways to maximize office space at minimal cost. The signature X braces and exterior columns of the Hancock Building, like the exterior stainless-steel columns of the Inland Steel Building, freed up interior space and lowered costs. The Sears Tower, renamed the Willis Tower in 2009, consists of nine mutually supporting square tubes, staggered in height, allowing two towers to rise the final 20 stories of the 110-story building."