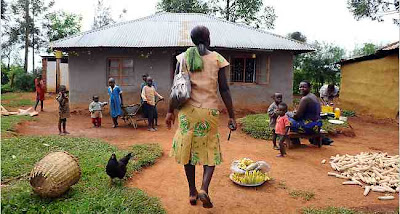 Thanks to MIT alumna Anne Liu for putting the shout out about Jeffrey Gettleman and James Hill's Sauri Journal update in the NYTimes Shower of Aid Brings Flood of Progress...

"Agricultural yields have doubled; child mortality has dropped by 30 percent; school attendance has shot up and so have test scores, putting one local school second in the area, when it used to be ranked 17th; and cellphone ownership (a telltale sign of prosperity in rural Africa) has increased fourfold. There is a palpable can-do spirit that infuses the muddy lanes and family compounds walled off by the fruity-smelling lantana bushes. People who have grown bananas for generations are learning to breed catfish, and women who used to be terrified of bees are now lulling them to sleep with smoke and harvesting the honey."

As the article goes on to note -- and as I've written about before -- these Millennium Villages have their detractors, but I think technology testbeds and exploratory microcosms of effective, orchestrated development are quite compelling things to pursue.
Posted by Joost Bonsen at 15:01