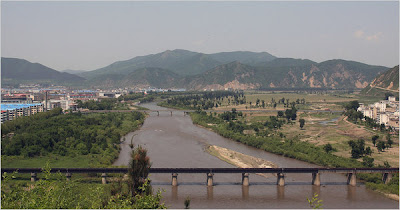 Sharon LaFraniere and Su-Hyun Lee write in their NYTimes piece a View of North Korea Shows How a Policy Spread Misery about how currency devaluation, which was...

"...apparently an attempt to prop up a foundering state-run economy, was for some the worst disaster since a famine that killed hundreds of thousands in the mid-1990s. Interviews in the past month with eight North Koreans who recently left their country -- a prison escapee, illegal traders, people in temporary exile to find work in China, the traveling wife of an official in the ruling Workers’ Party -- paint a haunting portrait of desperation inside North Korea, a nation of 24 million people, and of growing resentment toward its erratic leader, Kim Jong-il."