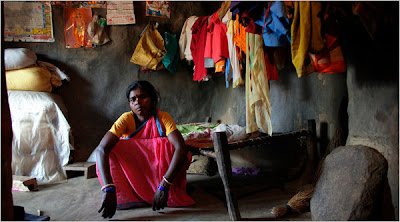 "...an information revolution [is] sweeping India. It may be the world’s largest democracy, but a vast and powerful bureaucracy governs. It is an imperial edifice built on feudal foundations, and for much of independent India’s history the bureaucracy has been largely unaccountable. Citizens had few means to demand to know what their government was doing for them. But it has now become clear that India’s 1.2 billion citizens have been newly empowered by the far-reaching law granting them the right to demand almost any information from the government. The law is backed by stiff fines for bureaucrats who withhold information, a penalty that appears to be ensuring speedy compliance [...] and has clearly begun to tilt the balance of power, long skewed toward bureaucrats and politicians. [...] "This law has given the people the feeling that the government is accountable to them."

Coupling such legislation with growing use of mobiles and proactive civic media and citizen empowerment tools promises to reduce corruption, boost transparency, and increase civic competence.
Posted by Joost Bonsen at 07:00

Stiff fines for recalcitrant bureaucrats... Hmm. I guess the procative effects of this law will depends on how much of the fine ends up coming out of paychecks.

In any case, this is a *very* interesting that the US should consider emulating. What kind of exclusions do you think National Intelligence and all its reports (NSA, CIA, FBI etc) will request? Which should they have?