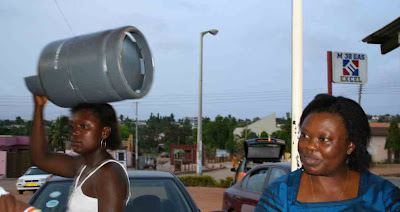 Adeena Schlussel has kicked off a BOP Energy Series at NextBillion.net development innovation blog which is...

"...a descriptive review of companies and projects "extending the grid" for the BoP. The organizations and technologies featured in the upcoming posts are worth watching, based on their success thus far and their immense potential looking forward. This series will be broken up according to organizations that generate energy, and then those that render it useable."

I'm especially interested to read in her second installment about M38 and Sodigaz, 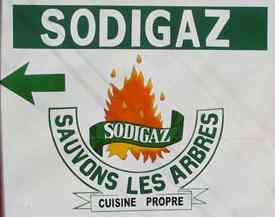 two ventures which supply LPG to customers in Ghana and Mali respectively, thus shifting their dependence on dangerous and dirty charcoal or firewood. I'm quite keen on LPG as a developing regions fuel and admire clean energy capitalists E+Co's foresight in investing in these two. The rest of the article spots several additional interesting energy ventures, including SELCO and HUSK.
Posted by Joost Bonsen at 18:15