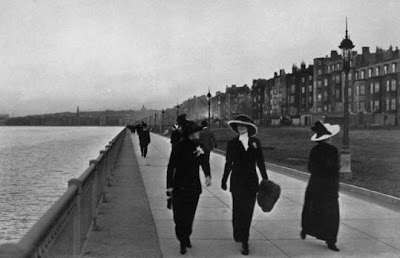 "...widely considered one of Boston’s great treasures, a ribbon of green extending for 3 miles between the shimmer of the Charles and the bustle of the city. It draws millions of residents and tourists a year, an inviting place to walk, run, or rest along the water. But that same park, despite the success of its inaugural fireworks display, was deemed a disappointment in its early years. It lacked shade trees, recreation facilities, and refreshment stands, and it seemed to go nowhere. The lack of visitors was lamented by Boston’s mayor, John F. "Honey Fitz" Fitzgerald, who considered it a failure. "Instead of being able to count the people using the [Esplanade] on the fingers of one hand," he lamented, "the count should be by the thousands." Now, a century later, a new Boston park is the subject of similar criticism and hand-wringing. This long, narrow stretch of green, also criticized for its lack of shade and amenities and its sparse attendance, is named for Honey Fitz’s daughter: the Rose Kennedy Greenway."

Ironic and given the subsequent developments, also historic proof that investments in vital cities and essential civic infrastructure can take time to bear fruit and become beautiful, a process documented by Karl Haglund's Inventing the Charles River and Max Hall's The Charles: The People's River among others noted by the Charles River Conservancy. And as you can see in this image by Michael Piazza, the vista -- and vibe -- is quite different today from the DCR archival photo above... 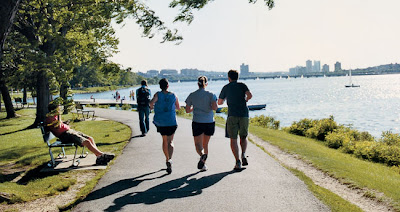