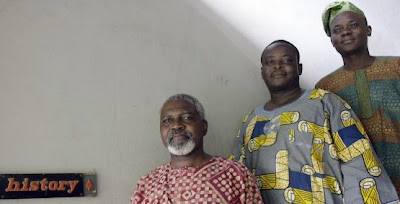 Thanks to Harvard's Calestous Juma for spotting this piece by Megan Lindow in the Chronicle of Higher Education on Academics in African Diaspora Reach Back to Help Universities Rebuild, about those who left chaotic conditions looking for ways to support colleagues who stayed. For various historical reasons, African academics...

"...fled ugly political situations and poor working conditions on the continent or have been drawn by better opportunities elsewhere. This brain drain has proved catastrophic for African countries, which collectively spend some four billion dollars a year hiring foreigners to replace professionals who leave, according to the United Nations Development Programme. Nigeria, Ethiopia, and Sierra Leone, among other countries, face critical shortages of expertise, in part because they have lost tens of thousands of doctors, scientists, and professors to the United States and Europe. Some African universities, however, are finding new ways to tap the expertise of the diaspora, which includes world-renowned academics in engineering, medicine, and literature. The trend is particularly strong in Nigeria, where higher education enjoyed a golden age during the oil boom of the 1970s before economic and political woes overburdened the university system and drove promising academics away. Now, as the country begins to stabilize, many academics who fled are helping to rebuild, some returning to Nigeria and others engaging from afar."

Perhaps Calestous is too modest to trumpet things, but he's been instrumental in founding the Kenyan Victoria Institute of Science & Technology, thus practicing what he preaches! Plus there's a nascent blog supporting The Return of the Diaspora to Africa called Reaspora!
Posted by Joost Bonsen at 18:07