Brewing Up a Civilization ~ Neolithic Inspiration! 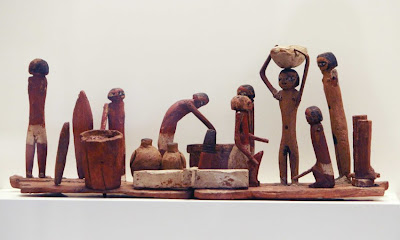 Thanks to intrepid reporting by Der Spiegel's Frank Thadeusz we can read archaeologist Patrick McGovern's thesis that our neolithic ancestors turned to agriculture to get their drink on and thus commenced Brewing Up a Civilization!

"Here is how the story likely began -- a prehistoric human picked up some dropped fruit from the ground and popped it unsuspectingly into his or her mouth. The first effect was nothing more than an agreeably bittersweet flavor spreading across the palate. But as alcohol entered the bloodstream, the brain started sending out a new message -- whatever that was, I want more of it! Humankind's first encounters with alcohol in the form of fermented fruit probably occurred in just such an accidental fashion. But once they were familiar with the effect, archaeologist Patrick McGovern believes, humans stopped at nothing in their pursuit of frequent intoxication. A secure supply of alcohol appears to have been part of the human community's basic requirements much earlier than was long believed. As early as around 9,000 years ago, long before the invention of the wheel, inhabitants of the Neolithic village Jiahu in China were brewing a type of mead with an alcohol content of 10 percent, McGovern discovered recently." 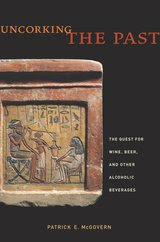 McGovern's written all about this in his book Uncorking the Past: The Quest for Wine, Beer and Other Alcoholic Beverages! Fascinating history, including the challenging questions of finding the scraps of evidence and stitching together a coherent thesis!
Posted by Joost Bonsen at 10:59