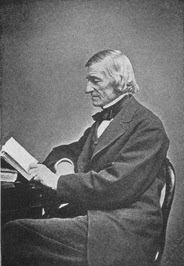 MIT founder William Barton Rogers was born 205 years ago today! Thanks to MIT archivists Elizabeth Andrews, Nora Murphy, and Tom Rosko for highlighting the life and career of this true education visionary and one of my personal heroes! Just a sampling of the retrospective, looking back at the vibrant 1840s...

"In New England he found an intellectual and social culture more to his liking: people who valued education and hard work along with financial enterprise. [...] Boston was soon to be characterized as the “Athens of America” and the “Hub of the Universe.” Local families strove to maintain their leadership role in the industrialization of New England and the United States. Progress depended in part on the continuing improvement of machinery and technology for those industries. And it was interest in science and technology where William Barton Rogers and the leaders of New England industry and education connected. A number of the New England elite were intrigued by his new ideas for a technical and scientific education different from the traditional classical college curriculum where Latin and Greek reigned supreme."

Boom times inspired a true visionary to found our epic Institute!
Posted by Joost Bonsen at 16:45