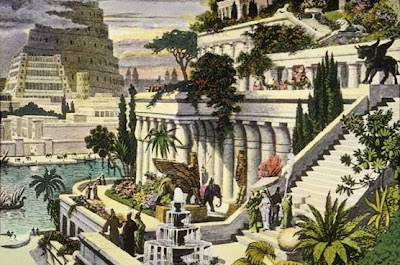 Steven Lee Myers writes in the NYTimes of an urgent Triage to Save the Ruins of Babylon...

"...for the first time since the American invasion in 2003, after years of neglect and violence, archaeologists and preservationists have once again begun working to protect and even restore parts of Babylon and other ancient ruins of Mesopotamia. And there are new sites being excavated for the first time, mostly in secret to avoid attracting the attention of looters, who remain a scourge here. [...] The objective is to prepare the site and other ruins -- from Ur in the south to Nimrud in the north -- for what officials hope will someday be a flood of scientists, scholars and tourists that could contribute to Iraq’s economic revival almost as much as oil. The Babylon project is Iraq’s biggest and most ambitious by far, a reflection of the ancient city’s fame and its resonance in Iraq’s modern political and cultural heritage. "