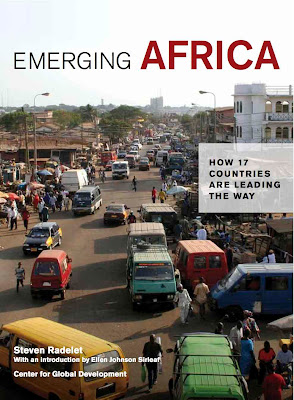 Many thanks to our Harvard colleague Calestous Juma for spotting the latest report by the Center for Global Development on Emerging Africa: How 17 Countries Are Leading the Way by former senior fellow Steven Radelet with an introduction by Liberian President Ellen Johnson Sirleaf...

"Since 1995, seventeen African countries have defied expectations and launched a remarkable, if little-noticed, turnaround. These countries are putting behind them the conflict, stagnation, and dictatorships of the past and replacing them with steady economic growth, deepening democracy, improved governance, and decreased poverty. Five fundamental changes are at work:
[This study] takes a fresh approach by recognizing the important differences between Africa’s emerging countries, the oil-exporters (where progress has been uneven and volatile), and the others (where there has been little progress) instead of treating sub-Saharan Africa as a monolithic entity. This important book describes the revitalization underway in the emerging countries and why it is likely to continue." 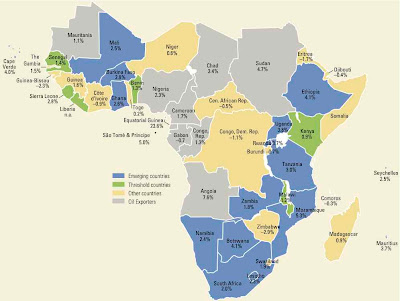