"Vertical farming is an old idea. Indigenous people in South America have long used vertically layered growing techniques, and the rice terraces of East Asia follow a similar principle. But, now, a rapidly growing global population and increasingly limited resources are making the technique more attractive than ever. [...] By 2050, the UN predicts that the global population will surpass 9 billion people. Given current agricultural productivity rates, the Vertical Farm Project estimates that an agricultural area equal in size to roughly half of South America will be needed to feed this larger population. Vertical farming has the potential to solve this problem. The term "vertical farming" was coined in 1915 by American geologist Gilbert Ellis Bailey. Architects and scientists have repeatedly looked into the idea since then, especially toward the end of the 20th century. In 1999, Dickson Despommier, a professor emeritus of environmental health sciences and microbiology at New York's Columbia University seized upon the idea together with his students. After having grown tired of his depressing lectures on the state of the world, his students finally protested and asked Despommier to work with them on a more positive project. From the initial idea of "rooftop farming," the cultivation of plants on flat roofs, the class developed a high-rise concept." 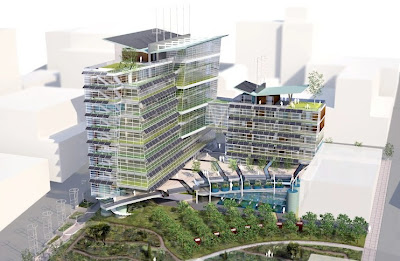 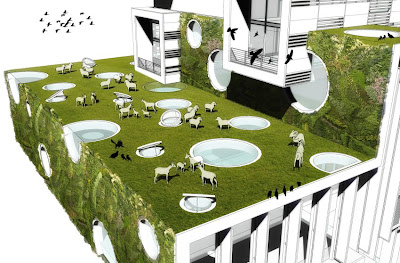 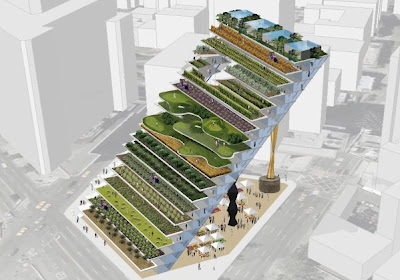 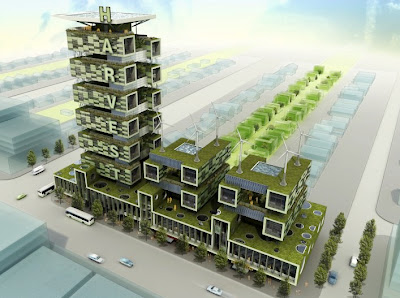