Down the Drain ~ Levy on Essential Infrastructure 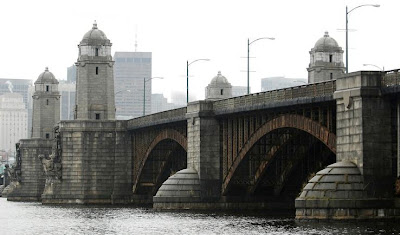 "Infrastructure degrades slowly, indeed imperceptibly. The bus arrives a little less frequently; the subway breaks down a bit more often; the water pipe loses water through leakage; the sewer system adds a bit more pollution to the environment. For the most part, there is no political consequence from a deteriorating infrastructure. In contrast, investment in infrastructure occurs episodically, with direct political consequences. It often requires a vote to increase taxes or fees, which go into effect immediately. Yet the investments that result from that vote take years to be felt in improved services or facilities. Those who vote “yes” get no credit. Indeed, they are likely to be assigned blame and criticized for raising taxes or fees by a public that does not trust they are necessary.[...] The metropolitan area transit system is the current poster child for this built-in dynamic that leads us to put off infrastructure investments. The MBTA is severely underfunded with regard to maintenance and upgrades of the regional bus and subway system. On the Orange Line, 120 cars built between 1979 and 1981 need to be replaced. On the Red Line, 74 cars from 1969 are well past their useful life. More than half of the MBTA’s 82 commuter rail locomotives date to the 1970s, and nearly all are at or past the manufacturer’s recommended lifespan of 25 years. Public officials, having depleted one-time financial fixes, lurch about for long-term funding solutions, while the system deteriorates more each year. [...] Though one hopes that we learn from our mistakes, I fear we are repeating today the same shortsighted approach that cost us so dearly..."