Farming Fish ~ Is It the End of the Line? 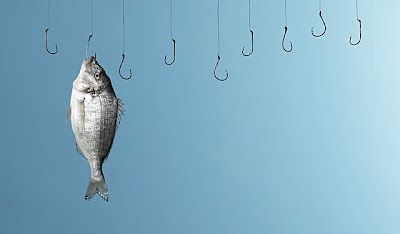 Time's Bryan Walsh writes about farming fish in The End of the Line...

"Fish are the last wild food, but our oceans are being picked clean. Can farming fish take the place of catching them? [Fishermen... ] share a common link to our hunter-gatherer past. "Fish are the last wild food," says Paul Greenberg, author of Four Fish, one of the best books on the state of seafood. "And we're just realizing it." But we may be coming to that realization too late, because it turns out that even the fathomless depths of the oceans have limits. The U.N. reports that 32% of global fish stocks are overexploited or depleted and as much as 90% of large species like tuna and marlin have been fished out in the past half-century. Once-plentiful species like Atlantic cod have been fished to near oblivion, and delicacies like bluefin tuna are on an arc toward extinction. A recent report by the International Programme on the State of the Ocean found that the world's marine species faced threats "unprecedented in human history" -- and overfishing is part of the problem." [...] "The wild stocks are not going to keep up," says Stephen Hall, director general of the WorldFish Center. "Something else has to fill that gap." Something else already does: aquaculture. Humans have been raising some fish in farms for almost as long as we've been fishing, beginning with Chinese fishponds 4,000 years ago. But it's only in the past 50 years that aquaculture has become a true industry. Global aquacultural production increased from less than 1 million tons in 1950 to 52.5 million tons in 2008, and over the past few decades, aquaculture has grown faster than any other form of food production."