"White House and congressional negotiators, hunting for savings in the federal budget, recently came upon a juicy target: a 387-acre tract of land in the heart of ritzy West Los Angeles. It could be worth billions. [...] The government could raise $12 billion by selling unneeded federal land, with as much as $5 billion coming from this one Los Angeles property. 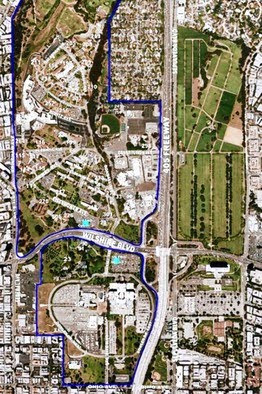 "Sell it," said Rep. Eric Cantor, the No. 2 House Republican, adding that any business would do the same. No one in the room, from either party, disagreed. [...] Previously undisclosed plans -- to raise funds by offloading valuable government-owned properties -- are up for discussion. Potential target sites run the gamut, from the West Los Angeles plot owned by the Department of Veterans Affairs to a former Social Security Administration office in Flint, Mich. The discussions are evidence of how the budget battle has already had a profound effect on the national debate, even though its final outcome remains murky, by teeing up for slaughter a litany of sacred cows -- from pricey real estate to the federal government's social safety net. [Federal asset wastefulness is legion, and indeed,] the Government Accountability Office reported this year that 24 federal agencies own more than 45,000 under-utilized buildings that cost $1.66 billion annually to operate."

Of course, this one LA land sale is quite controversial, with every ankle-biter special interest group weighing in about why this particular cow is extraordinarily sacred. But this and literally thousands of properties will be part of the inevitable Federal fire sale needed to pay for the Ponzi politics and crony corruption that dominate the modern era. To help you envision the future, there's even a handy online Federal Excess Properties viewer... 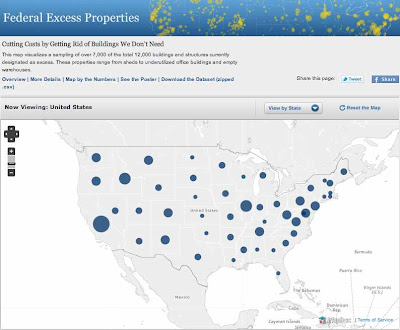