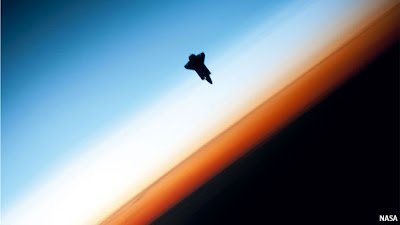 The Economist cover story this week declares Space Age is over...

"The vision being sold in the 1950s and 1960s, when the early space rockets were flying, was of adventure and exploration. The facts of the American space project and its Soviet counterpart elided seamlessly into the fantasy of “Star Trek” and “2001: A Space Odyssey”. Other planets may or may not have been inhabited by aliens, but they, and even other stars, were there for the taking. That the taking would begin in the lifetimes of people then alive was widely assumed to be true. No longer. It is quite conceivable that 36,000km will prove the limit of human ambition. It is equally conceivable that the fantasy-made-reality of human space flight will return to fantasy. It is likely that the Space Age is over. [...] The future, then, looks bounded by that new outer limit of planet Earth, the geostationary orbit. Within it, the buzz of activity will continue to grow and fill the vacuum. This part of space will be tamed by humanity, as the species has tamed so many wildernesses in the past. Outside it, though, the vacuum will remain empty. There may be occasional forays, just as men sometimes leave their huddled research bases in Antarctica to scuttle briefly across the ice cap before returning, for warmth, food and company, to base. But humanity’s dreams of a future beyond that final frontier have, largely, faded"

Well I for one think this is crock. Humanity must expand beyond our cradle, not only for pure exploration and discovery, but as room for growth and expansion and even civilization-scale life insurance against truly catastrophic endings! 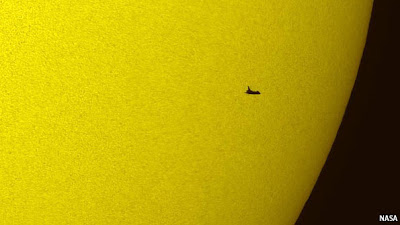