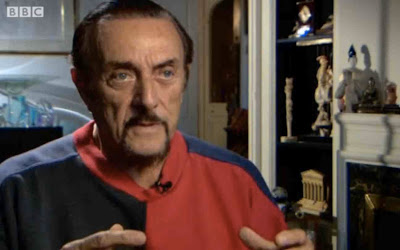 Alastair Leithead writes in the BBC that Stanford prison experiment continues to shock...

"Forty years ago a group of students hoping to make a bit of holiday money turned up at a basement in Stanford University, California, for what was to become one of the most notorious experiments in the study of human psychology. The idea was simple -- take a group of volunteers, tell half of them they are prisoners, the other half prison wardens, place them in a makeshift jail and watch what happens. The Stanford prison experiment was supposed to last two weeks but was ended abruptly just six days later, after a string of mental breakdowns, an outbreak of sadism and a hunger strike. [One of the prisoner-students] Mr Ramsey felt the experiment should never have taken place as it had no true scientific basis and was ethically wrong. "The best thing about it, is that it ended early," he said."The worst thing is that the author, Zimbardo, has been rewarded with a great deal of attention for 40 years so people are taught an example of very bad science." But Prof Zimbardo calls this "naive" and argues the work was a very valuable addition to psychology -- and its findings were important in understanding why abuse took place at Abu Ghraib. "It does tell us that human nature is not totally under the control of what we like to think of as free will, but that the majority of us can be seduced into behaving in ways totally atypical of what we believe we are."

See also the slideshow of the experiment and the trailer for Quiet Rage docu on the study...
Posted by Joost Bonsen at 17:50

As part of HIP's week-long commemoration of the 40th anniversary of the Stanford Prison Experiment, Dr. Zimbardo is making personal, first-hand observations at https://www.facebook.com/pages/Heroic-Imagination-Project/322165964228