The DailyMail says Meet 'Twenty-Four', the Cuban man proud of his four extra fingers and toes...

"They call him 'Twenty-Four.' Yoandri Hernandez Garrido's nickname comes from the six perfectly formed fingers on each of his hands and the six impeccable toes on each foot. Hernandez is proud of his extra digits and calls them a blessing, saying they set him apart and enable him to make a living by scrambling up palm trees to cut coconuts and posing for photographs in this eastern Cuban city popular with tourists. [...] Known as polydactyly, Hernandez's condition is relatively common, but it's rare for the extra digits to be so perfect." 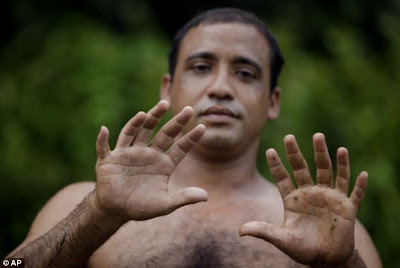 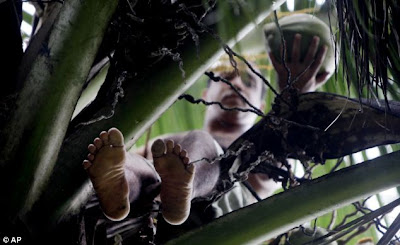 I wonder if he can play musical instruments -- like piano, for example!
Posted by Joost Bonsen at 11:35