CATO correctly calls the latest American budget "deal" a disappointment. But that's an epic understatement. It's not a cut, but rather a slight slowdown in the rate of growth, yet more Orwellian Newspeak and ponzi politics from Republicrats and Demoblicans alike. For the sake of future generations, we truly need to decimate the state, massively cutting fat and bloat, stopping unwise international "defense" expenditures and stupid wars, selling off excess assets, privatizing as much as possible, adding fees-for-service, and eliminating the vast majority of entitlements, including agribusiness subsidies and welfare payments alike. And the unavoidable reality is that in addition to wholesale slashing of spending, it's likely that taxes need to go up temporarily by at least 10% across the board, with every citizen finally sharing the pain -- and thus motivated towards civic participation and voting ASAP to eliminate this burdensome ball-and-chain -- and to vote out the corrupt+idiot politicians who enabled this gross debt stupidity. Otherwise it's bread and circuses for now, but Roman Empire 2.0 in the end. Why? Because in America alone there is US$115 Trillion of true debt, including the super-skyscraper of money representing unfunded liabilities, meaning Medicare, Medicare Prescription Drug Program, Medicaid, Social Security, Military and civil servant pensions, and myriad others... 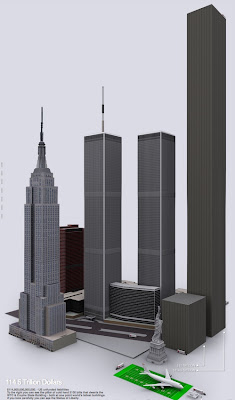