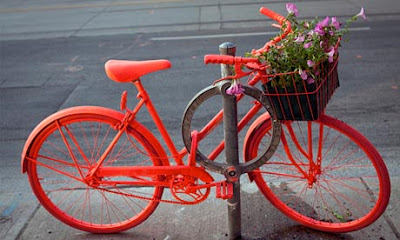 Thanks to Calestous Juma for spotting Anna Soper's piece in the Guardian's Bike Blog noting that Toronto's removal of bike lanes marks opening salvo in 'war on cycling'...

"Relations between cyclists, pedestrians and drivers have grown fraught, and indeed deadly, in recent years. In January 2010, 14 pedestrians and one cyclist were killed in separate incidents. Regrettably, the new mayor and his administration have done little to diminish tensions [Since election, Mayor] Ford has done his best to halt the "war on cars" and keep bike-riding "pinkos" on our toes. Last month, the city council approved the removal of bike lanes on a major thoroughfare in downtown Toronto."

How's that for progress, eh?
Posted by Joost Bonsen at 20:42