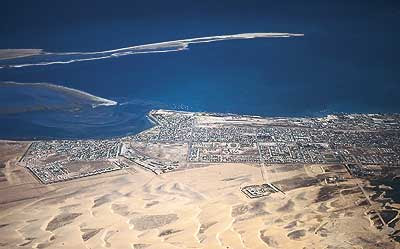 Given the word that Namibia has Angola-scale oil and gas deposits, it's worth taking another look at this most intriguing south-west-African country -- a state half the size of north American Alaska! 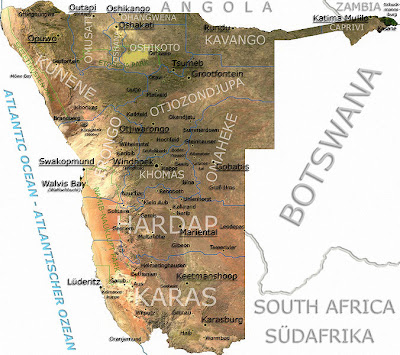 In addition to capital city Windhoek and southern coastal port town Lüderitz, there's the north-central coastal Swakopmund and especially the nearby historical enclave of Walvis Bay...

"...a haven for sea vessels because of its natural deepwater harbour, protected by the Pelican Point sand spit, being the only natural harbour of any size along the country's coast. Being rich in plankton and marine life, these waters also drew large numbers of whales attracting whalers and fishing vessels. The Dutch referred to it as Walvisch Baye and the English as Whale Bay. In its eventual proclamation it came to be called Walfish Bay, then Walvish Bay, and ultimately Walvis Bay. [...] During the scramble for Africa, the United Kingdom annexed Walvis Bay and a small area surrounding the territory in 1878 to the Cape Colony both to forestall German ambitions in the region and to ensure safe passage of British ships around the Cape. In 1910, Walvis Bay, as well as the Cape Colony, became part of the newly formed Union of South Africa. However, a dispute arose with Germany over the enclave's boundaries. This was eventually settled in 1911 and Walvis Bay was allocated an area of 434 square miles (1,124 km2). [...] In 1990 South-West Africa gained independence as Namibia but Walvis Bay remained under South African sovereignty. At midnight on 28 February 1994 sovereignty over Walvis Bay was formally transferred to Namibia." 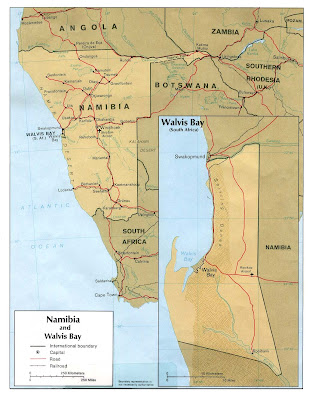 I'm fascinated by such historical enclaves. Other great examples include Hong Kong, Singapore, Monaco, Gibraltar, the Panama Canal Zone, and on the African continent, both Ceuta and Melilla in Morocco. Today, Walvis Bay is fully integrated into Namibia, itself a former German colony which today is a fascinating up-and-coming African country, part of the rapidly growing SADC economic community... 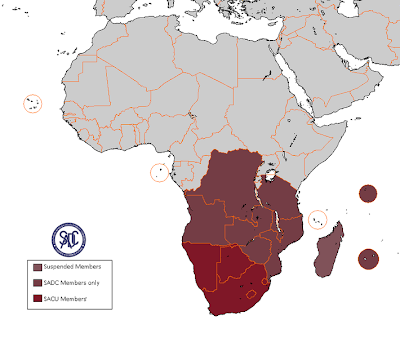