Mindless mob violence, brutal rioting, thieving criminal looting and heartless arson accomplish nothing except death and destruction -- and when the guilty are eventually caught -- severe and ruthless punishment. See here via the BBC the symbol of the disgraceful London riots, the landmark Carpetright building, High Road, Tottenham... 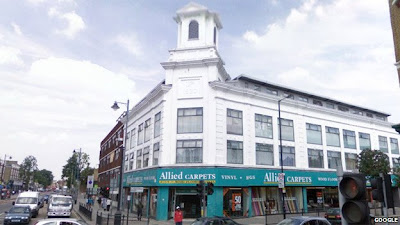 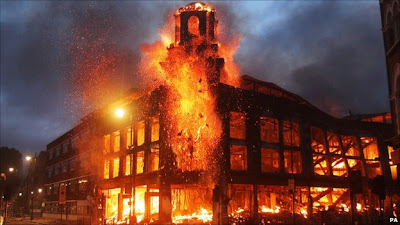 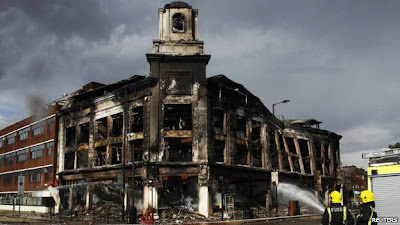 Plus take a look at The Big Picture and the DailyMail's coverage. And don't be fooled by commentators claiming that there's a "bigger context" which somehow justifies looting, thievery, and related criminality. Watch the live videos, for example posted on the Guardian blog -- troublemaking rabble, inciting violence, provoking police, mugging innocents, targeting the rich and the productive, looting stores, and worse. Subhuman vermin, the lot of them -- indeed, to quote one London woman, they are "feral rats". I would call it Planet of the Apes is Here Today but that would be insulting to the apes. As far as I'm concerned, they should declare martial law, call in the military, impose 24 hour curfew, and issue shoot-to-kill orders for anyone seen rioting and thieving. Enough is enough. In the meantime, if you recognize any of these scum, please let the authorities know... 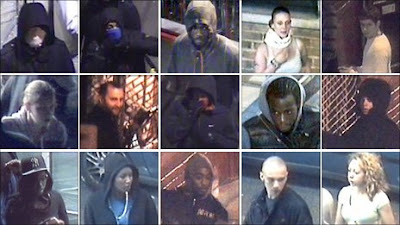