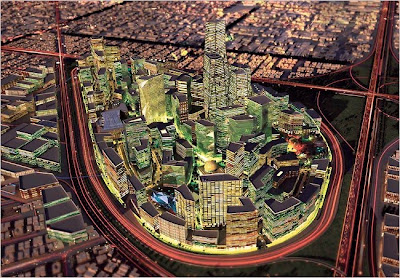 "...the Saudi government says it needs to crack the door open to some sort of Western-style modernity -- or at least a softer version of the Islam practiced here, with its strictly enforced separation of the sexes, its severe restrictions on the public lives of women and the ever watchful eye of the religious police. The idea is to create islands from which change would seep out, drop by drop, without antagonizing powerful conservative forces within the country. If the plan works, at best it would transform Saudi Arabia into a technologically advanced society controlled by a slightly more tolerant religious autocracy. Or it could provoke militant violence and government crackdowns." 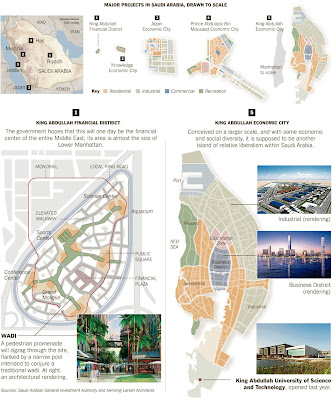