"In the 1990s, Paul Romer revolutionized economics. In the aughts, he became rich as a software entrepreneur. Now he’s trying to help the poorest countries grow rich -- by convincing them to establish foreign-run “charter cities” within their borders. Romer’s idea is unconventional, even neo-colonial -- the best analogy is Britain’s historic lease of Hong Kong. And against all odds, he just might make it happen. [...] When Romer explains charter cities, he likes to invoke Hong Kong. For much of the 20th century, Hong Kong’s economy left mainland China’s in the dust, proving that enlightened rules can make a world of difference. By an accident of history, Hong Kong essentially had its own charter -- a set of laws and institutions imposed by its British colonial overseers -- and the charter served as a magnet for go-getters. At a time when much of East Asia was ruled by nationalist or Communist strongmen, Hong Kong’s colonial authorities put in place low taxes, minimal regulation, and legal protections for property rights and contracts; between 1913 and 1980, the city’s inflation-adjusted output per person jumped more than eightfold, making the average Hong Kong resident 10 times as rich as the average mainland Chinese, and about four-fifths as rich as the average Briton. Then, beginning around 1980, Hong Kong’s example inspired the mainland’s rulers to create copycat enclaves. Starting in Shenzhen City, adjacent to Hong Kong, and then curling west and north around the Pacific shore, China created a series of special economic zones that followed Hong Kong’s model. Pretty soon, one of history’s greatest export booms was under way, and between 1987 and 1998, an estimated 100 million Chinese rose above the $1-a-day income that defines abject poverty. The success of the special economic zones eventually drove China’s rulers to embrace the export-driven, pro-business model for the whole country. “In a sense, Britain inadvertently, through its actions in Hong Kong, did more to reduce world poverty than all the aid programs that we’ve undertaken in the last century,” Romer observes drily."

Very compelling idea. Btw, the rest of the article both fleshes out the concept and offers up an ambush of anklebiters, each naysayer with his own complaint or defeatist reason why it either couldn't work or shouldn't be tried. I personally look forward to several dozen experimental cities and rules-based freezones being tried over the next couple decades in places as diverse as Namibia, Liberia, Sierra Leone, Morrocco, Egypt, Jordan, Syria, and many more. 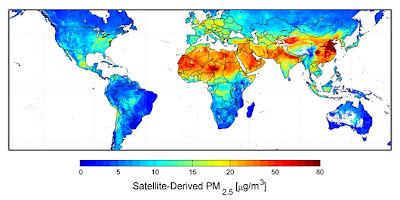