Iraq is Back ~ The Coming Business Boom... 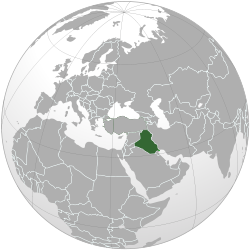 Most interesting to read in the WSJournal an OpEd piece by Bartle Bull on The Coming Iraqi Business Boom...

"Foreigners can own 100% of Iraqi companies, must pay only a 15% flat tax on profits, and may take 100% of those profits home when and how they please. [...] The expected announcement of Iraq's new government marks the culmination of a remarkable process. The former bully-boy of the Arab neighborhood has become its only functional democracy. What may be the world's richest resource economy, once the closed shop of a murderous clique, is today wide open for business. [...] Iraq's greatest resource is its famously resourceful, tough, educated and enterprising people. Whereas the capitals of the Gulf oil monarchies did not have paved streets a generation or two ago, Baghdad and Basra are ancient capitals of commerce, ideas and global finance. [...] There is strong evidence that Iraq can avoid much of the "oil curse" and build a more cosmopolitan and modern economy than those of its autocratic neighbors. In the last election, senior Iraqi leaders campaigned on, among other things, establishing individual oil accounts for Iraq citizens to receive their share of the nation's wealth directly. Unique among the region's resource economies, this would put the state at the mercy of the people, not the other way around. [...] the big picture for foreign companies is positive, as Iraq has a substantially more modern and liberal regulatory framework than almost any nearby country. "

Pollyanna or true promise? I'm willing to be convinced.
Posted by Joost Bonsen at 23:47