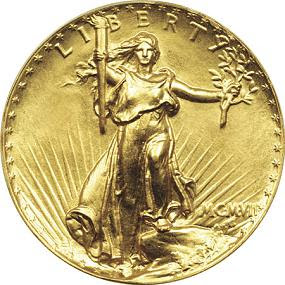 What better way to commemorate the glorious achievements of American independence and prosperity but by gazing upon the most beautiful coin ever crafted, the Liberty face of the Double Eagle US$20 gold piece designed by Augustus Saint-Gaudens! And while you're marveling at its aesthetics, it's worth thinking more deeply about the essential meaning and substance of the key words "Liberty" and "Independence". Maybe take the time to remember those American revolutionaries who shed blood and tears to secure these values in the first place. Plus delve a bit into the American Enlightenment ideas and thinkers which powered the revolution. Given these, it's probably worth reading the US Declaration of Independence again! And, while you're at it, the US Constitution too! Finally, when you're in a properly philosophical and inspired mood, then go grab a few tasty 'dogs and beers and watch the 'works!-)
Posted by Joost Bonsen at 01:41