Ever since I wrote about the Beriev Be-200 amphibian jet aeroplane, I've been thinking about the non-traditional uses. That means beyond the obvious (but important) roles such as forest fire waterbomber or island tourism or accessing lakes and remote coastlines. In particular I've been obsessed with the idea that large-scale next generation cruise liners -- think beyond Oasis of the Seas -- could be architected to include a well deck big enough to deploy floating docks or even to swallow-whole one or a few Be-200's inside, thus making the ship a floating aerotropolis! There's lots of military precedent for interesting well decks, including... 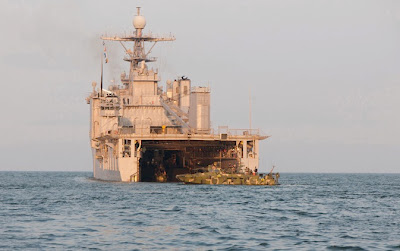 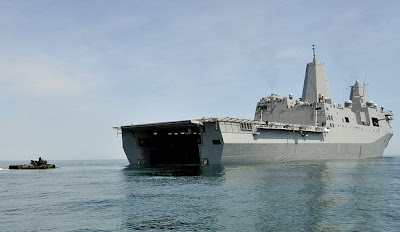 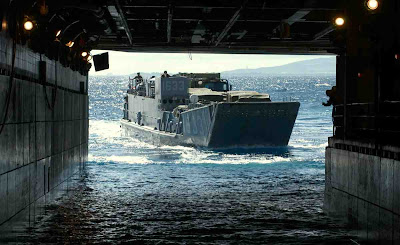 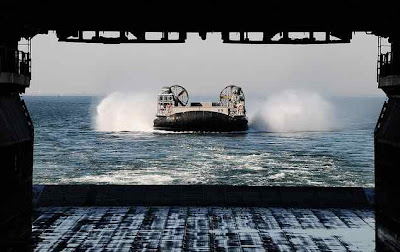 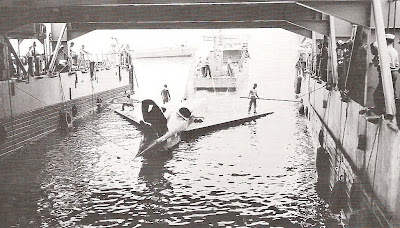 Now how about a ship well deck big enough to embrace this Be-200? 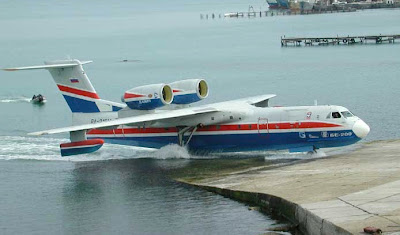