Thanks to David Leonhardt for saluting transport systems engineer Keith Tantlinger in the NYTimes The Lives They Lived 2011...

"Tantlinger developed a lock that connected to the corners of containers and that crane operators could mechanically open and close from their seats. The lock, which led to the adoption of uniformly sized containers over the next 15 years, caused a revolution in shipping. The time and cost of transporting goods fell sharply, which contributed to an astonishing boom in global trade. [...] 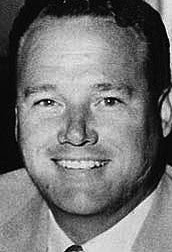 Tantlinger’s lock deserves a place on any list of economically significant inventions of the 20th century. Unlike some of the other items on that list, however, it is fairly pedestrian from a technological standpoint. It is not a car or a jet engine or a silicon chip. It is a metal lock. But it ushered in a new way of doing things. “There was no breakthrough in terms of material,” says Marc Levinson, the author of “The Box,” which tells the story of containerization. “There was a breakthrough in thinking through the entire process and coming up with a neat and economical solution." Economists have long understood that technological advance is crucial to economic growth and, by extension, higher living standards. In recent years, thanks partly to the work of Paul Romer, a New York University professor, they have also begun to recognize the importance of processes, rules and systems.”

Tantlinger passed away this summer at age 92 having been able to witness a half-century of containerization progress and realize that his key inventions are used in hundreds of millions of container transhipments per year and some 90% of non-bulk cargoes! Epic!