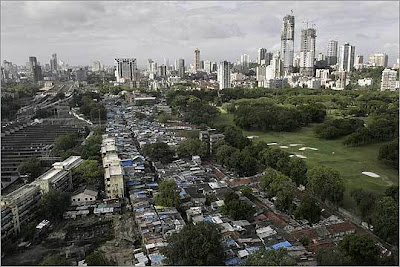 
"The world's slums are overcrowded, unhealthy -- and increasingly seen as resourceful communities that can offer lessons to modern cities. [...] No one denies that slums -- also known as shantytowns, squatter cities, and informal settlements -- have serious problems. They are as a rule overcrowded, unhealthy, and emblems of profound inequality. But among architects, planners, and other thinkers, there is a growing realization that they also possess unique strengths, and may even hold lessons in successful urban development. [...] slums have assets along with their obvious shortcomings. Their humming economic activity and proximity to city centers represent big advantages over the subsistence farming that many slum dwellers have fled. Numerous observers have noted the enterprising spirit of these places, evident not only in their countless tiny businesses, but also in the constant upgrading and expansion of homes. Longstanding slum communities tend to be much more tightknit than many prosperous parts of the developed world, where neighbors hardly know one another. Indeed, slums embody many of the principles frequently invoked by urban planners: They are walkable, high-density, and mixed-use, meaning that housing and commerce mingle. [...] And there are thinkers who take the idea a step further, arguing that slums should prompt the rest of us to reconsider our own cities. While the idea of emulating slums may seem absurd, a number of planners and environmentalists say that we would do well to incorporate their promising elements."