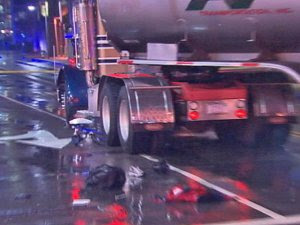 Very sad to hear MIT alumnus Phyo Kyaw was slaughtered Tuesday 12/27/2011 by a criminally careless truck driver while riding his bicycle at Mass Ave and Vassar. 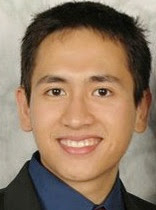 While this death is quite tragic -- and ought to be a capital case against the truck driver and a bankrupting civil case against the liable owner -- it's also a direct consequence of gross incompetence and complete safety neglect on the part of urban planners, traffic engineers, lawless drivers, absent or uncaring police, AWOL lawmakers, and for those rare court cases, spineless judges. Specifically, we have in Cambridge and Massachusetts today...
In a just world, those directly and indirectly responsible would all be held criminally culpable for this death -- and for the many other related and entirely avoidable safety incidents between motor vehicles and the bicyclists and pedestrians they threaten daily. Let's look at the evidence: the photos show the murder victim's bike is crushed under the wheels of the JP Noonan-owned truck which is completely on the wrong side of the road. That driver should get the electric chair and yet the latest press reports indicate he's not even being charged. Even worse, an MIT campus policeman told me yesterday -- with a completely straight face, mind you -- that the word is "the bicyclist just ran into the truck" and that's why he died. So this vicious murder by means of criminally negligent and reckless driving is actually either an unfortunate "accident" or it's really the victim's own fault. Are you F#CKing kidding me?! This is completely appalling. 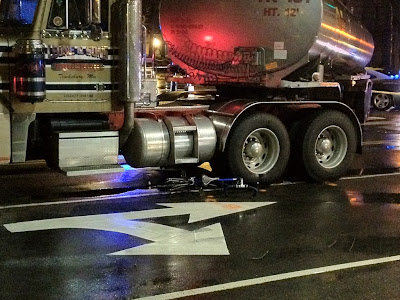 The incompetent people responsible for this death, others, and countless injuries are the City of Cambridge Planning and Traffic departments. Both Vassar and Mass Ave are designated by Cambridge as trucking routes, yet about ten years ago, Cambridge narrowed the intersection by about 10 feet, forcing tanker trucks to go into other lanes or drive over sidewalk corners (which has also produced injuries). Bump outs or curb extensions have no proven ability to reduce accidents in studies, yet we see they are dangerous. Cambridge is creating curb extensions and bike lanes in door zones all over the city, resulting in it having the worst safety of any city in the state.
Truck routes: http://www.cambridgema.gov/CityOfCambridge_Content/documents/Routes&Restrictions.pdf

All the more reason for truckers to take exceptional care when making such turns. But last night when I walked the intersection to look at the memorial, yet one more asshole trucker blasted through that corner at high speed, clipping over multiple lanes and doing so to beat a red light. There should be cameras at that intersection and draconian penalties and sentences for such scumbag behavior. Beyond this -- as I pointed out in the first place -- is the incompetence of the planners and traffic engineers...

How ironic to have such bad engineering mistakes right in the MIT campus. Besides the trucking intersection mis-design by the City of Cambridge, Cambridge also approved the signage at the Bank of America ATM kiosk, like any business. That is the source of red and white light being brightly reflected off the truck and pavement. At night, the signs should be dimmed, and the top foot or two of the glass facing Boston should be tinted to cut down on the brightest light in drivers eyes from the light fixtures and ceiling tiles. Likewise, shading could be done near the floor so light on floor tiles doesn't reflect directly out.

"While this death is quite tragic -- and ought to be a capital case against the truck driver..."

Capital case? You are recommending the death penalty for negligent homicide? Please clarify.

Yes, John Allen, I am indeed saying that when people are entrusted with obviously dangerous and severely hazardous road-traveling equipment that they have an above and beyond duty to not be recklessly negligent. And that violating this basic premise means intentional malicious conduct. What that scumbag lowlife asshole driver did was morally no different from what the gunshooting killer did in the Aurora cinema. Verminous swine like that should be persecuted and then be hung until dead.

Someone is off their mood stabilizers and can't tell the difference between pre-meditated and accidental. The bike accident might be more like the state trooper hunting in the woods who shot his neighbor in the hip, thinking she or her dog was a deer. With the accident report now out, though hardly comprehensive, we know that Kyaw was being stupid wearing dark clothing in dark rainy weather and breaking the law by not having a front headlight. We don't know his path of travel, but it was toward the truck, so a headlight or bright clothing could have saved his life with adequate personal responsibility lacking in many cyclists.