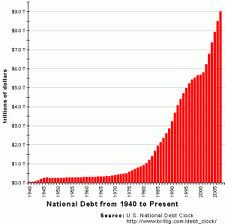 Yikes, my MIT MOT/Sloan Fellows Econ Professor Shlomo Maital calls it like he sees it in his post America in Crisis: Political Gridlock, Leadership Vacuum, and an Accident Waiting to Happen...

"The Democrats and the Republicans are deadlocked. The Republicans want massive spending cuts. The Democrats want higher taxes on millionaires. Neither side will budge. [...] America’s budget deficit must be cut. According to The Economist, the deficit is 9.1 per cent of GDP. In contrast, Greece’s budget deficit is only 8.4 per cent of GDP -- and Greece is deep in crisis. America’s trade balance in April was (at annual rate) $681 Billion. (the gap between goods exports and goods imports). These two deficits are massive and endanger not only America and the world. Yet there is political gridlock. [...] This (debt crisis) is the most predictable crisis in history -- yet the politicians in Congress cannot sit down and agree on a plan of action. [...] China gets it. America’s politicians do not. And all we ordinary citizens of the world can do is sit and watch America and the world fall of the cliff..."

WTF, is this country really lead by Ponzi Politicians?!
Posted by Joost Bonsen at 00:09