Thanks to A Bombastic Element for originally noting back in 2009 the West Africa: The 9th IRTG Report -- Monitoring Police Harassment about the West African Trade Hub's Improved Road Transport Governance and for spotlighting the conclusion...

"Generally speaking, the Police (greatest bribe takers) have the most negative impact on the corridors as far as extorting bribes from drivers is concerned."

Here's the latest maps and stats from the 15th IRTG Report featuring location, number of controls, amount of bribes, and total delays. Clearly there's room for exorcising more corrupt cops and related cronies from the region... 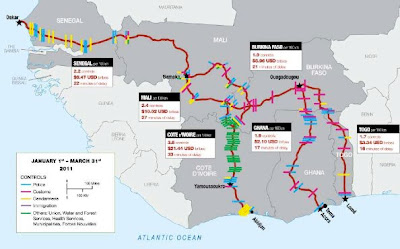 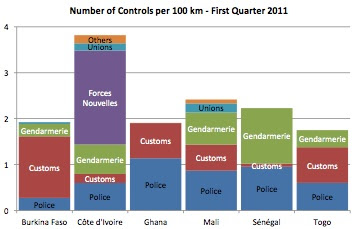 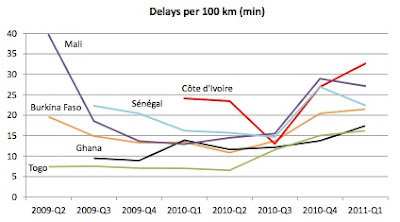 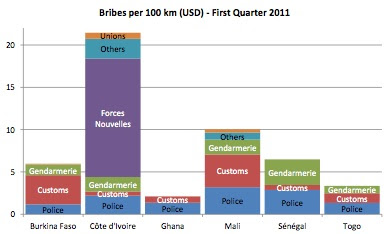