The FT's chief economics commentator Martin Wolf opines We should end our disastrous war on drugs...

"The global war on drugs has failed. Readers should not take my word for this. It is the opening 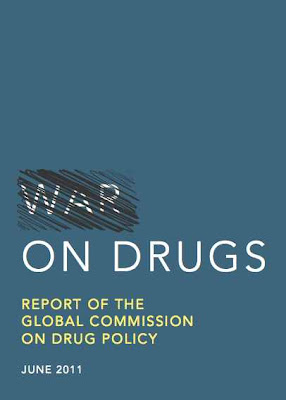 sentence of a report on the failures of prohibition from an independent Global Commission on Drug Policy. What makes this report astonishing is not its content, now widely accepted among disinterested people, but who is associated with it. [Leaders like Shultz, Volcker, Annan, Cardoso, Zedillo, Solana] While failing to reduce the ills of drug use at which it is addressed, it has created massive “collateral damage”: the spread of avoidable diseases; use of drugs in dangerous forms; mass criminalisation and incarceration; a gigantic waste of public resources; corruption; creation of a cross-border network of organised crime; and the subversion of states. [...] It is a war with myriad innocent victims."