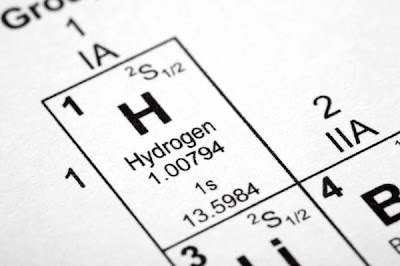 Fascinating to consider how the Hydrogen Economy could emerge.

Seeing earlier this week the ZEHST airplane proposal and having been thinking for a while now about other clean(er) liquid fuels inspires!

"Proponents of a world-scale hydrogen economy argue that hydrogen can be an environmentally cleaner source of energy to end-users, particularly in transportation applications, without release of pollutants (such as particulate matter) or carbon dioxide at the point of end use. A 2004 analysis asserted that "most of the hydrogen supply chain pathways would release significantly less carbon dioxide into the atmosphere than would gasoline used in hybrid electric vehicles" and that significant reductions in carbon dioxide emissions would be possible if carbon capture or carbon sequestration methods were utilized at the site of energy or hydrogen production. Hydrogen has a high energy density by weight. An Otto cycle internal combustion engine running on hydrogen is said to have a maximum efficiency of about 38%, 8% higher than gasoline internal combustion engine. The combination of the fuel cell and electric motor is 2-3 times more efficient than an internal combustion engine. [...] Other technical obstacles include hydrogen storage issues and the purity requirement of hydrogen used in fuel cells..."

And then I read just now in gCaptain about GL Exchange Forum -- Towards a Cleaner Maritime Industry...

Perhaps it's the highly capital-intense marine and aerospace sectors which are the most plausible start-points for the kind of giga-infrastructure shifts needed to go Hydrogen.
Posted by Joost Bonsen at 17:35