I just saw Dr Elizabeth Hausler describe the work she 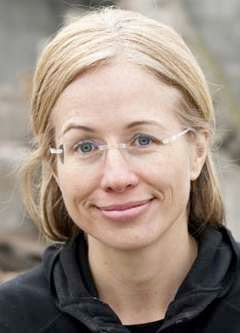 and colleagues at Build Change have been doing to design earthquake-resistant houses in developing countries plus train the builders, owners, engineers, and officials to actually go build them. She's the winner of the 2011 $100,000 Lemelson-MIT Award for Sustainability -- which she officially receives tonight, 16 June 2011 at 7:30pm at an open-to-public EurekaFest event at the MIT Stata Center -- definitely go if you can! Hausler and team's core goals are compelling...

"...to greatly reduce deaths, injuries and economic losses caused by housing collapses due to earthquakes in developing countries. [This means] single family houses built with inputs from Build Change in seismically active developing countries are resistant to earthquakes and other natural disasters, and [that government] building codes are enforced or construction practices are permanently changed so that houses built in the absence of external funding and technical support are also earthquake resistant."

So far, Build Change has helped create ~20K safer houses for over 70K people with a team of 60 people, 90% of whom are locals in their operating countries Indonesia, China, and Haiti.
Posted by Joost Bonsen at 11:17